I took my sweet time today with my cute little Sleepy that I put on pop dots! Broke out the Cricut and cut that cute little guy out. I used CTMH PP, 2 stamp sets, flowers, and buttons. 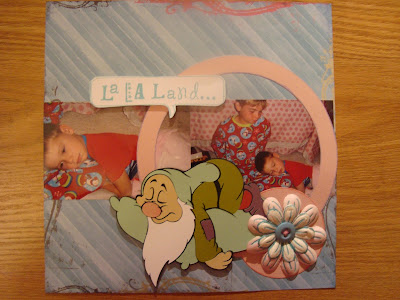 I am not caught up in all the kiddos school albums! I used the BG Recess line again. I also used two stamps from CTMH, colored them in, cut 'em out, and pop dotted them on the LO! This is simple for my style, but I really do not like doing school Layouts. 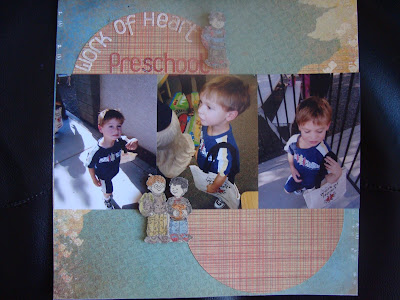 This is a Hodge podge of stuff I had for Annie's 1st grade page for her school album and I love it! The picture of the kids at the school table is actually a page from a book that I cut down and inked the pages. I did not mind doing this page. Actually, I enjoyed it. I think I don't like the paper and embellishments that are designed for a certain topic. I always do better with things I love and doing my own creation with it -- like I did on this LO! :-) 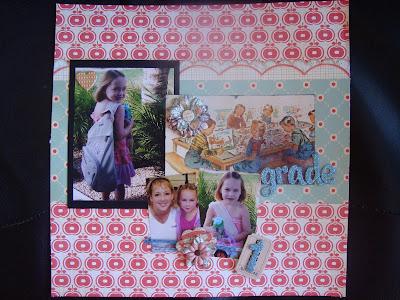 Here are a few things I have done this last week.
This is a LO I completed about the scariest day of my life! It was the day I could not find my four year old at the play area in Sea World. He is a monkey and was climbing up the rope ladder. I could not keep up, but by the time I got down and to the exit he was gone! He was gone for 45 minutes and we almost had the police out there. Then he showed up. I was a wreck and could not decide it I was just gonna cover him in kisses or ring his little neck.....his dad bought me a beer and hand him pose with it. No, he did not drink the beer! 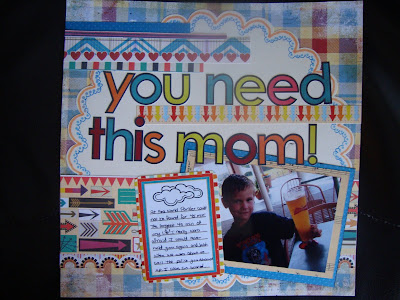 I am really behind on my kids school album, so these are the few I did to catch Logan up on his. It is the Basic Grey Recess line and I actually think it is OK. Not my best work, but done. 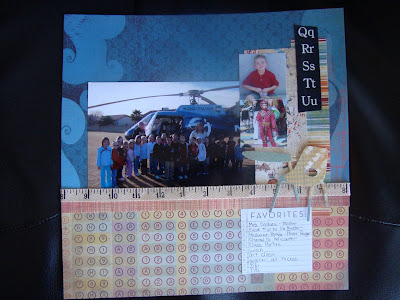 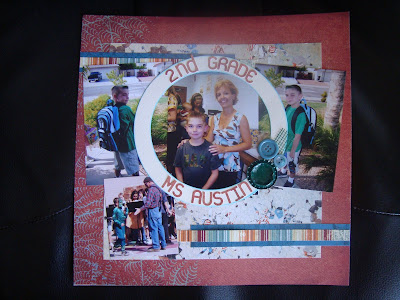 Created this clear album for a friend from HS Christmas pictures. Once again I made the flowers using my Cricut, CS, ink and GM. 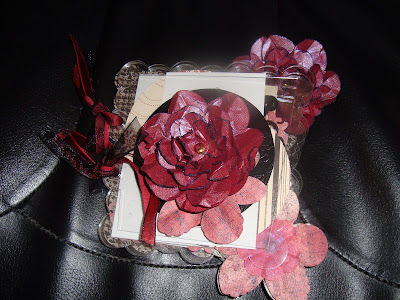 These are my Valentine Cards! I found an awesome company called "Bombshell Stamps" that specialize in pin up girls, tattoos, and hot rods. Totally up my ally! 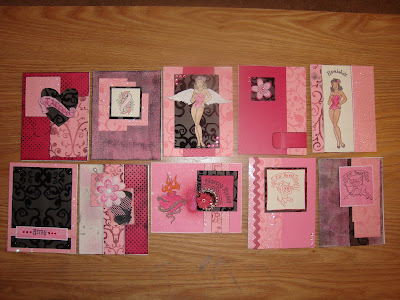 Here are three LOs I did today using the same CTMH line that I had been working out of. All of these are CTMH with the exception of the ribbon. That is from my stash! TFL! 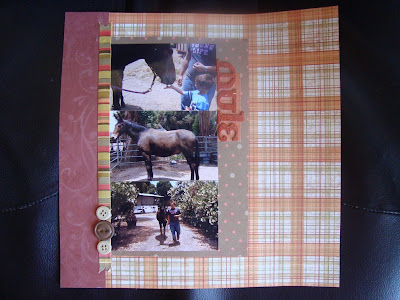 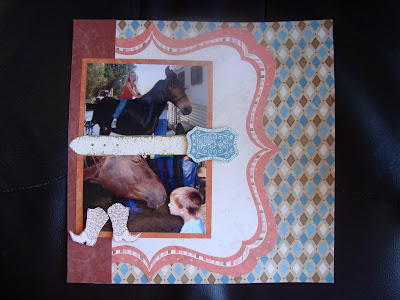 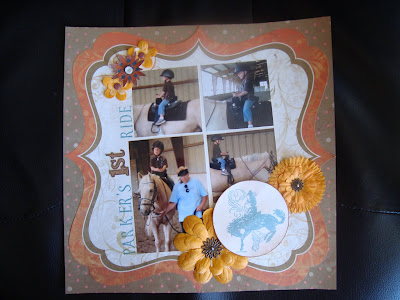 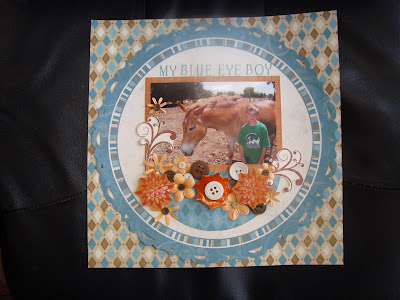 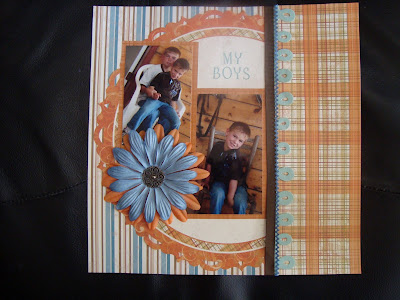 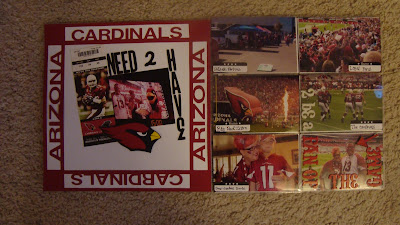 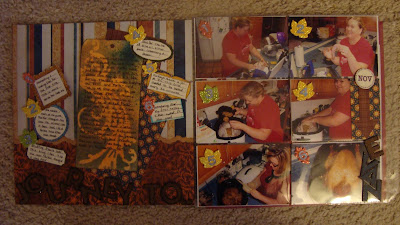 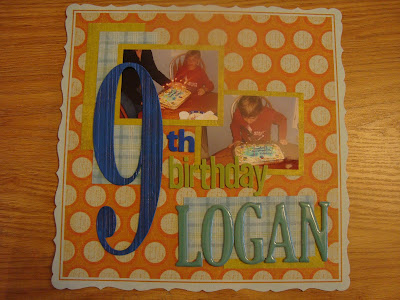 The Last two Sets of Flowers For Swap!

Two more sets of flowers I did this afternoon for the handmade flower swap. I am not loving the button ones.... 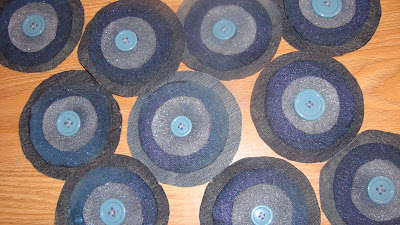 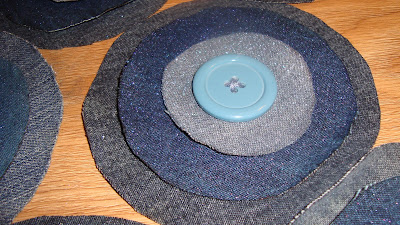 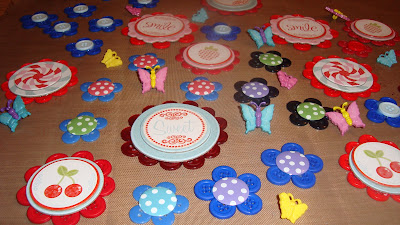 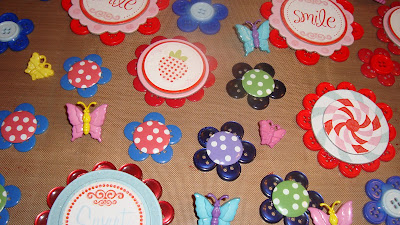 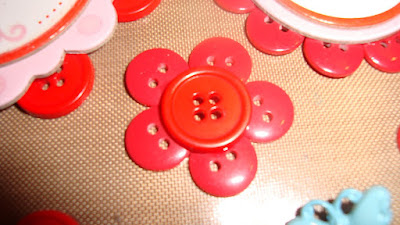 Posted by Scrappy at 1:38 PM No comments:

I have NEVER EVER made flowers. I have made lollipop flowers, but those are easy. Since I have never ever made flowers I decided to sign up for four slots in a swap at OSU and these are my first attempts. Each flower is made with 18 hearts cut on my Cricut from Canvas Colored CS that I GMed the heck out of once I got the flowers made. Aleta (hostess of the swap and my friend) put up some awesome tutorials. I used one of them to complete these. I am a bit nervous.....these ladies do excellent work and I feel totally out of my league. 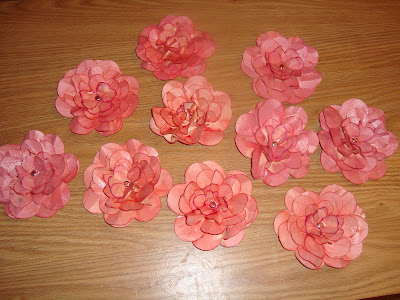 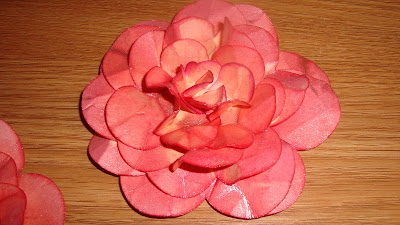 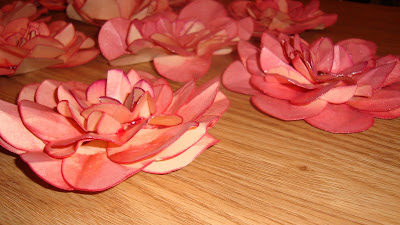 Please leave me feedback and tell me how I can improve these because I don't want to send crappy flowers.
Posted by Scrappy at 6:26 PM 8 comments: 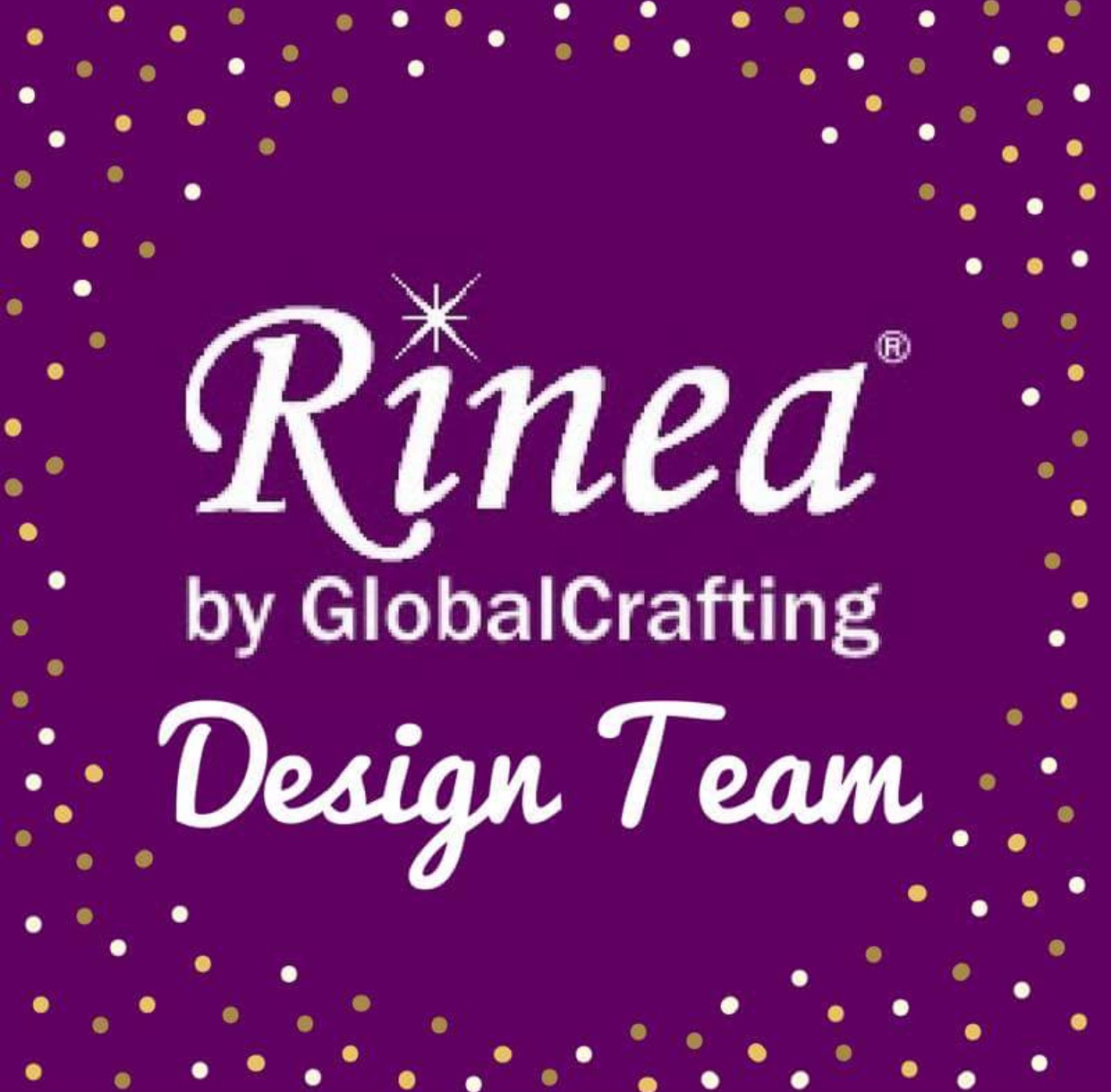 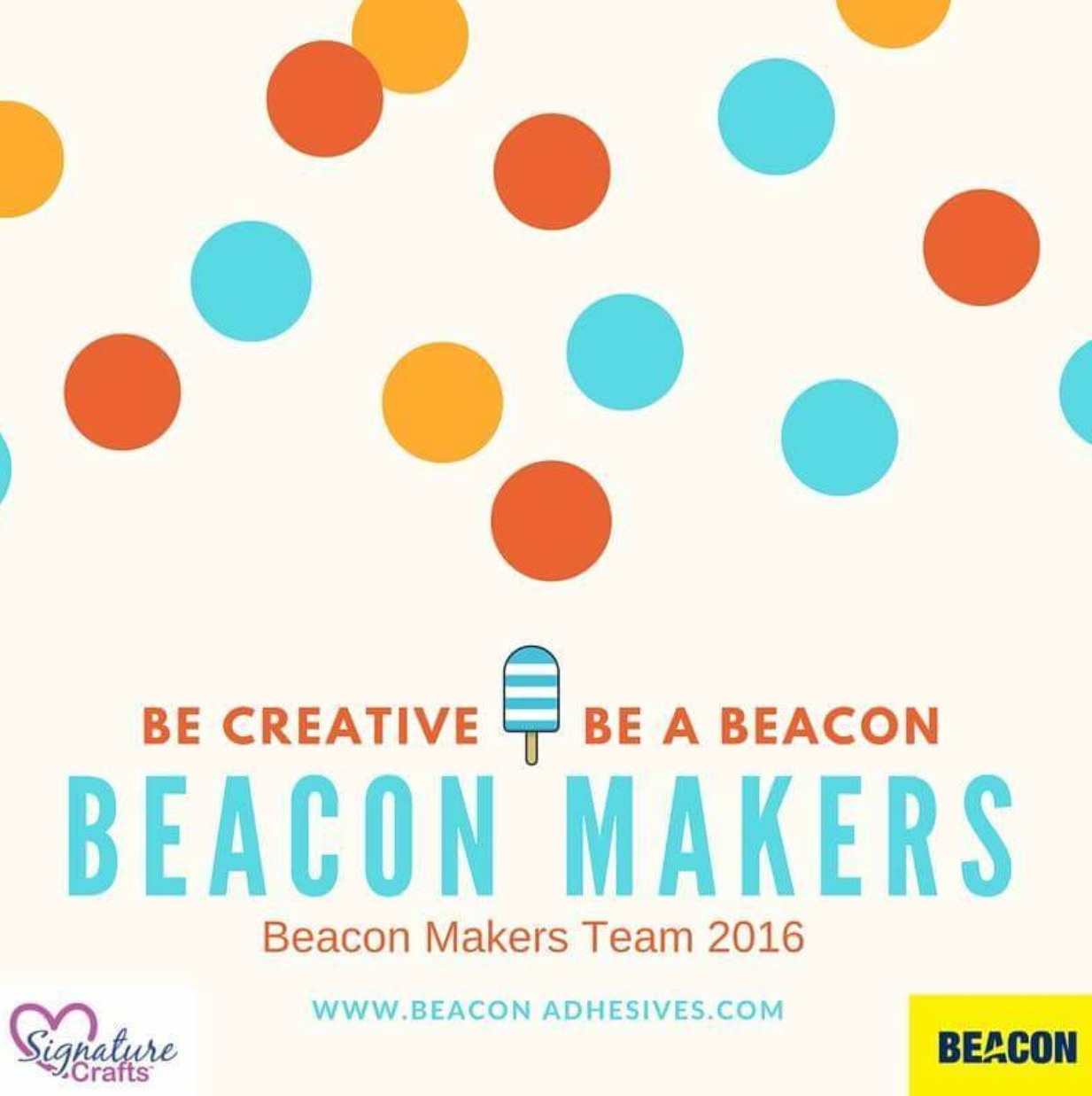